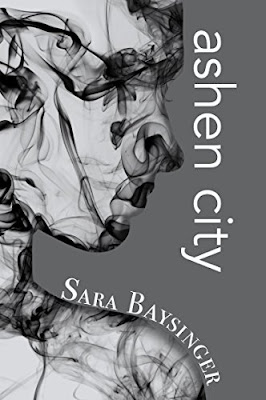 
Make your choice, Ember Carter. And make it count.

Ember Carter has escaped the flames of death. But will she ever be free from Chief Titus? When the orchard goes up in smoke and her family turns up missing, Ember returns to Frankfort hoping to find her brother and father, and to get Titus to drop the death wish he has against her.

But Titus is always one step ahead. When Ember faces him head-on, she’s captured, only to receive another death sentence. But on her way to her execution, plans go a little askew, and Ember finds herself traveling to the one place no one dares travel: Louisville. If the outskirts of Ky were a ghost town, the ashen city is the borderline of hell itself, but it’s the one place Ember can find refuge from the people who want her dead.

In the ashen city, Ember must learn that being a hero is more than doing what is right because she can, but doing it for the good of the people. And when plans take a turn for the worst, she must decide if it’s worth risking her life to save her country. 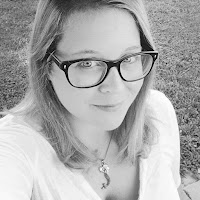 Sara Baysinger grew up in the heart of the Andes Mountains in Ecuador where she spent her childhood exploring uncharted lands and reading all things magical. She now lives among the endless cornfields of Indiana with her husband and two young children. Sara enjoys writing and reading anything out of the ordinary, and has a bad habit of zoning out at the most inopportune moments. She is currently considering seeking medical attention for her potentially life-threatening coffee addiction.

*This book was graciously received as an ARC from the author.*

Oh my oh my oh my, where do I even start!

Well, to begin my praise: I read Black Tiger as an ARC six months ago. Since then, I've probably read 30 books, and yet the world of Black Tiger was still as fresh in my mind as if I'd read it yesterday!

Ember thought her life returned to normal when she got permission to go back home to her father and brother. She was even followed by her now-boyfriend, Forest, so things seem pretty great. But of course Chief Titus isn't going to let someone as important as Ember off the hook that easily. It's only weeks of peace before she is thrust back into the center of a political intrigue that she never asked for, and no one to help her except maybe the Turner brothers - if she can trust even one of them.

Ember continues to be an awesome protagonist. To quote my review of the first book, I'm hardcore team Ember-just-gets-to-be-happy-and-safe-no-matter-what. Which, I mean, is unfortunate because that doesn't sound like it's happening any time soon, but I also love when a protagonist is a self-sufficient in her story that I root for that. Ember is against the awful things the government is doing, but she didn't ask to be in the middle of the fight. She spends much of the book resenting her mother for putting her in this position and really wants nothing more than to run away from it all. She starts with just wanting to protect herself and her loved ones, and even more so than the first book, Ashen City is Ember's journey to find the love for her people to hold herself accountable for their well-being.

I have shipped Ember and Rain from the start, and that never seems to be good news when the love triangle has swung the opposite way that it should. But Baysinger pulled it off great! Without getting into spoilers, her relationships with Forest and Rain evolve in a natural and well-paced way for her trust and affection to shift based on what's going on around her. Neither boy is entirely right or wrong. Forest is an extremely flawed love interest without being a "bad guy," and Rain becomes endearing without being made any less edgy and impulsive. In fact, from all ends, no characters sacrifice their personalities or morals to make way for romance. I think that's what's left me hung up on these character's stories since I dove into this series.

Another major point of credit I have to give to Baysinger is that she made me realize what a lot of dystopian books are missing: religion. Living in a major American city, I live in a fairly agnostic society where religion minimally impacts my daily existence, but regardless of my own beliefs, I would find it very reasonable to believe that with America falling apart at the seems people wouldn't look to faith to find guidance. How is it that The Hunger Games or Divergent's societies aren't looking to a higher power? Because it wasn't convenient to the author? Rain, the token bad-boy, is devoutly religious and open's a disbelieving Ember's eyes to the miracles around her. There is no fantastic definitive "this is real" like you get in a fantasy novel, but Ember's decision to believe without definitive evidence is exactly what makes her a stronger character, and it's so refreshing to see that plot.

Please don't let the fact that this is an indie book daunt you - Black Tiger and Ashen City are bound to be instant favorites!