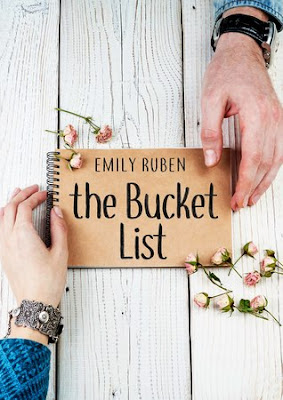 Leah thought that the turmoil in her life had come to an end. That is, until the boy-next-door who’s just moved in, turns out to be none other than her old childhood best friend, Damon. Rekindling their friendship, the two become inseparable and life seems perfect, until Leah learns a tragic secret; Damon is terminally ill and has only one more year to live.

Leah and Damon decide to embark on an adventure to have the time of their lives and cross out every to-do on their ‘Bucket List’. With the clock ticking and time precious, will they be able to complete every goal before time runs out?

"My name’s Emily, I’m a twenty year-old French writer and I’ve been writing ever since I could hold a pen. I wrote my first story with my childhood best friend but I continued on my own, filling notebook after notebook before I could own a computer. At which point I started cover hundreds of Word pages with my ideas. I love to write the stories people wouldn’t automatically expect, with twisted plots or unhappily ever afters."

I received an ARC from the publisher in exchange for an honest review.

The Bucket List is a sweet and heartfelt love story much in the vein of teen authors like John Green. Leah and Damon, age 20, haven't spoken since a terrible accident in high school broke up their lifelong group of friends. Leah isn't brave enough to reconnect until fate brings them together again, but while fate gives them a second chance at love, that chance isn't long lived, because Damon has a terminal illness.

This is a plot that's been done before, but Ruben brings her own twist to it. Their thing is that Damon isn't going to just sit around for his last year. Rather, he and Leah agree to do every silly to outrageous thing on his bucket list, from singing on a tv competition to skydiving. There are some great ups and downs to their characters, and Leah is a fun narrator who's whole personality isn't just about her love interest.

It didn't bother me too much that Damon's illness wasn't explained. Ruben writes a bit about that after the book, that she wanted the book to be about living--not about dying--and I can get behind that. Their life situation was a bit over the top, though. They were able to afford everything because Damon "worked through high school." Puh-lease point me to that job! And Damon says it's hard to interact with his parents, but there's no way someone without serious parental issues would entirely ignore their family with a finite time left to live.

That's just me nitpicking, but really, the biggest downfall of this book is pacing. Aside from a few minor set backs, the majority of the book is just...them doing the bucket list. Let's do a cool thing! We flew to the cool thing! We're doing the cool thing, yay! Rinse and repeat for about 200 pages. With little to no variation between events, and no major change in their relationship, I just wasn't invested enough in them as characters to read their antics a dozen times.

I wish she had found a way to bring more variety to the story, because they were really a fun couple, with a great supporting cast and a sad but feel-good story.