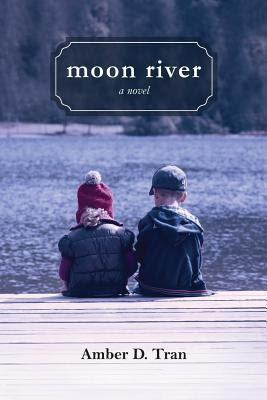 In this debut novel from author Amber D. Tran, a tale of adolescence and heartbreak unfolds. Nine-year-old Abigail Kavanagh first meets Ryan Mills during the summer of 1999. A shy and awkward boy, Ryan hides behind his wide-framed glasses while Abigail is determined to learn everything there is to know about him. The next few summers are filled with birthday parties, adventures in and around the West Virginian mountainsides, and late night conversations where they share their most secretive and personal thoughts.

Their friendship starts to crumble when Abigail befriends the attractive and musical Lilly Anderson, a girl who is also interested in uncovering the mysterious nature surrounding Ryan. However, everything comes to an end the summer of 2004, and Abigail must decide if her new journey is worth traveling alone. 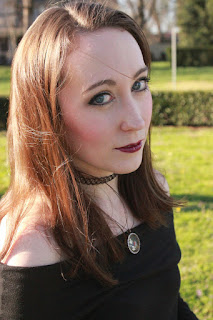 Born and raised in the heart of the Appalachia, Amber spent her childhood growing up on gravel roads and playing Pokémon Red on her Game Boy Color. At the age of 10, she discovered her fascination with creative writing and turned a 1-page homework assignment into a 35-page document for her 5th grade teacher. Less than a year later, she wrote her very first book about a female basketball player with leukemia. She will spare you the pain from having to read it.
After graduating Magna Cum Laude from West Virginia University in 2012 with a bachelor’s degree in English literature and a concentration in creative writing, Amber moved to northern Alabama. She married her husband after meeting him in a Dragon Ball Z chat room. She is currently employed as a senior technical writer and Scrum Master for a software company. In her free time, she enjoys playing League of Legends and discovering dive bars with her girlfriends.

She is featured in Calliope, Sonic Boom Journal, HeartWood Literary Magazine, Speculative 66, Blue Stoat, and Spry Literary Journal. Her novel Moon River was released in September. Her essay "Saltwater" will be featured in the upcoming anthology This Bridge Called Language, available in print in 2017.

Amber currently lives in Alabama with her husband and two dogs, Ahri and Ziggs.

Moon River is a well-written and deeply emotional coming of age story of a girl, Abigail, growing up in rural Appalachia in the early 90s. From what I can gather, it is a partially, if not entirely autobiographical story of the author's childhood involving a boy on whom she had a lifelong crush and a handful of friends and acquaintances involved in his story.

That being said, I think the summary provided for this book is a little off base. While Abby's friend, Lilly, is of course a major character, it seems to me that this book all came down to being Ryan and Abby's stories. Not just about them growing up, but also about all the people who let them down and slip through the cracks. Without any major reveals, the main character ends up getting mental health treatment in the course of the book, and there's this really great way that the author built the story so intricately that we as readers completely missed how much she was suffering, despite being in her narration.

This is, of course, a debut novel. I think there was some amount of its autobiographical nature getting in the way of storytelling. There were many scenes that could have been cut, or characters that could have been combined. But the emotional weight of the story lands perfectly, and Ryan's story had me hooked until the end.

This is a quick read, so I definitely suggest picking it up! Reading it may open your eyes to some people around you. And above all, I hope the process of writing this has helped the author release some of what she's been holding.
Posted by Nina @ Looseleaf Reviews at 7:31 PM